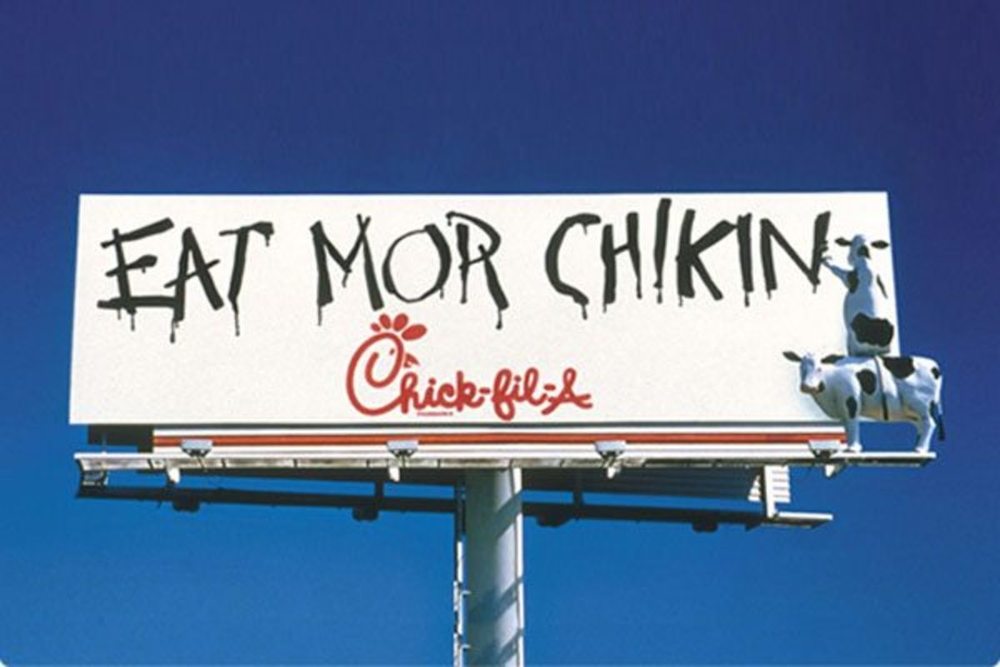 mascot, but it’s been that way for over two decades now. The first

Chick-Fil-A cow billboard was erected in 1995 in Texas. The idea for the

ad campaign was thought up by the Richards Group, a Dallas area

advertising agency. The cows are considered so iconic now that they have

been added to the Madison Avenue advertising walk of fame.

How to Land a Job at Chick-fil-A